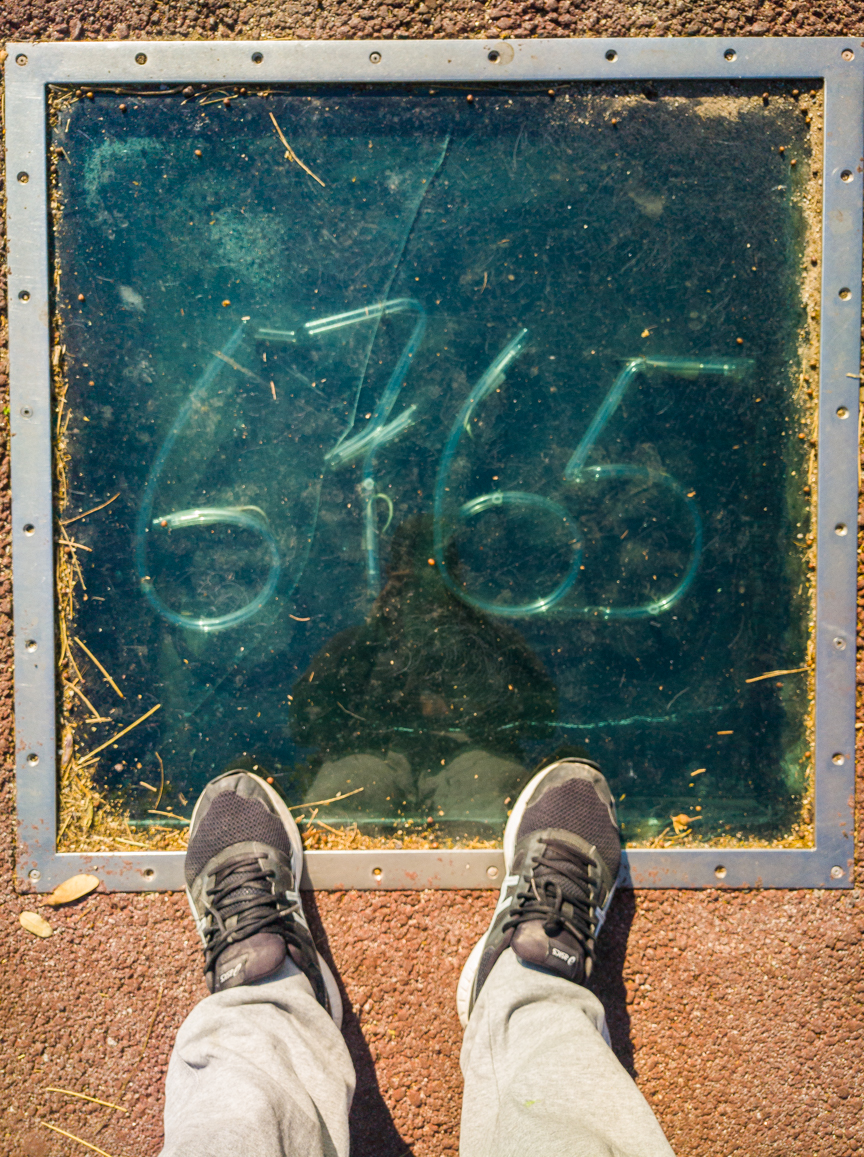 An artistic work that contains the fundamentals of nature

Walking along the Paseo de Joan Borbò, on the side of the Barceloneta district, the view is difficult to distract from the luxurious moored yachts, the palm trees and the recently reopened restaurants. The smell of the sea leaves no room for other thoughts except to reach the beach and relax in the sun. 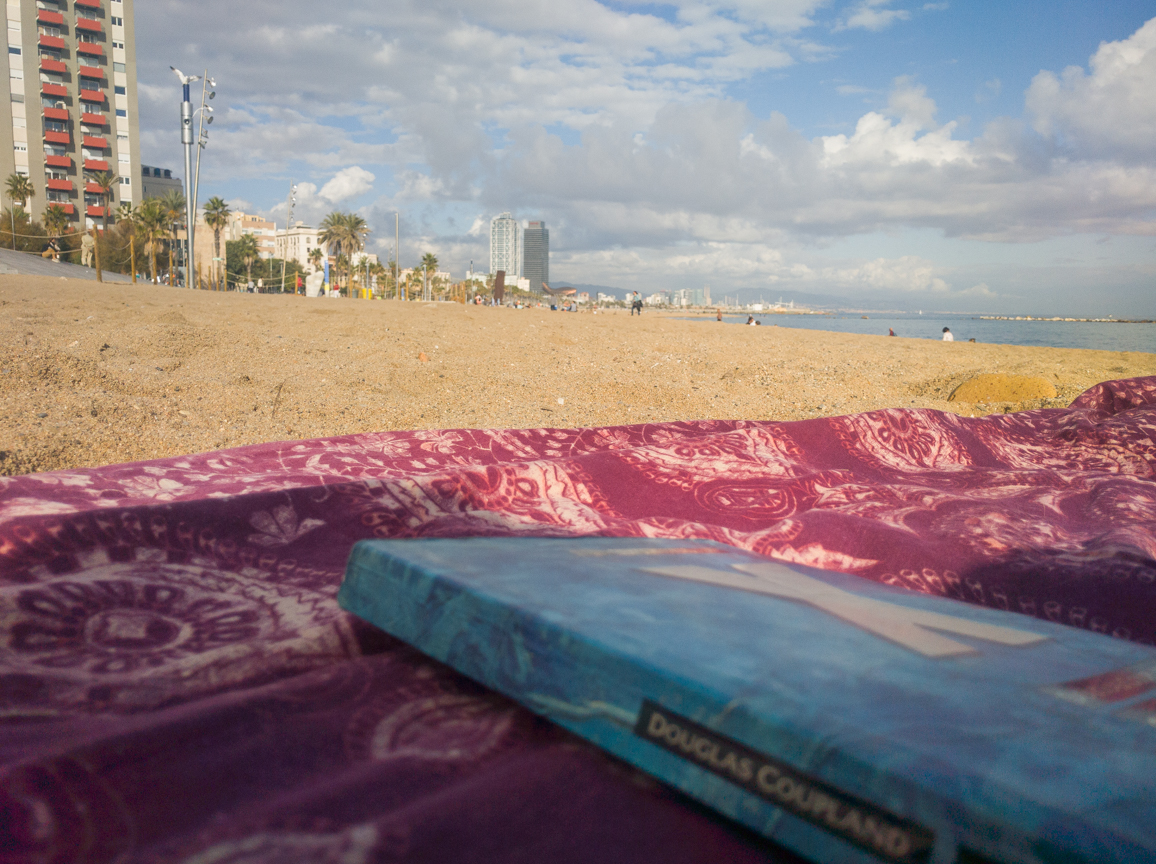 Few tourists finally give space to enjoy the surrounding environment. Suddenly my eyes are drawn to a strange detail on the ground. A square with a number inside, a large one, 6765. Pausing to look the shape, I notice another a little further on. Intrigued, I continue in a straight direction to observe more closely and find with another number! 4181, so strange! As in a treasure hunt, I sharpen my eyes and identify other squares containing further digits little by little more and more close to each other. At first glance, there is no apparent correlation. The numbers are placed at random: 6765 a little further 4181 to follow 2584 and so on. I finish discovering the entire sequence arriving at the ending or perhaps the beginning with the number 1. 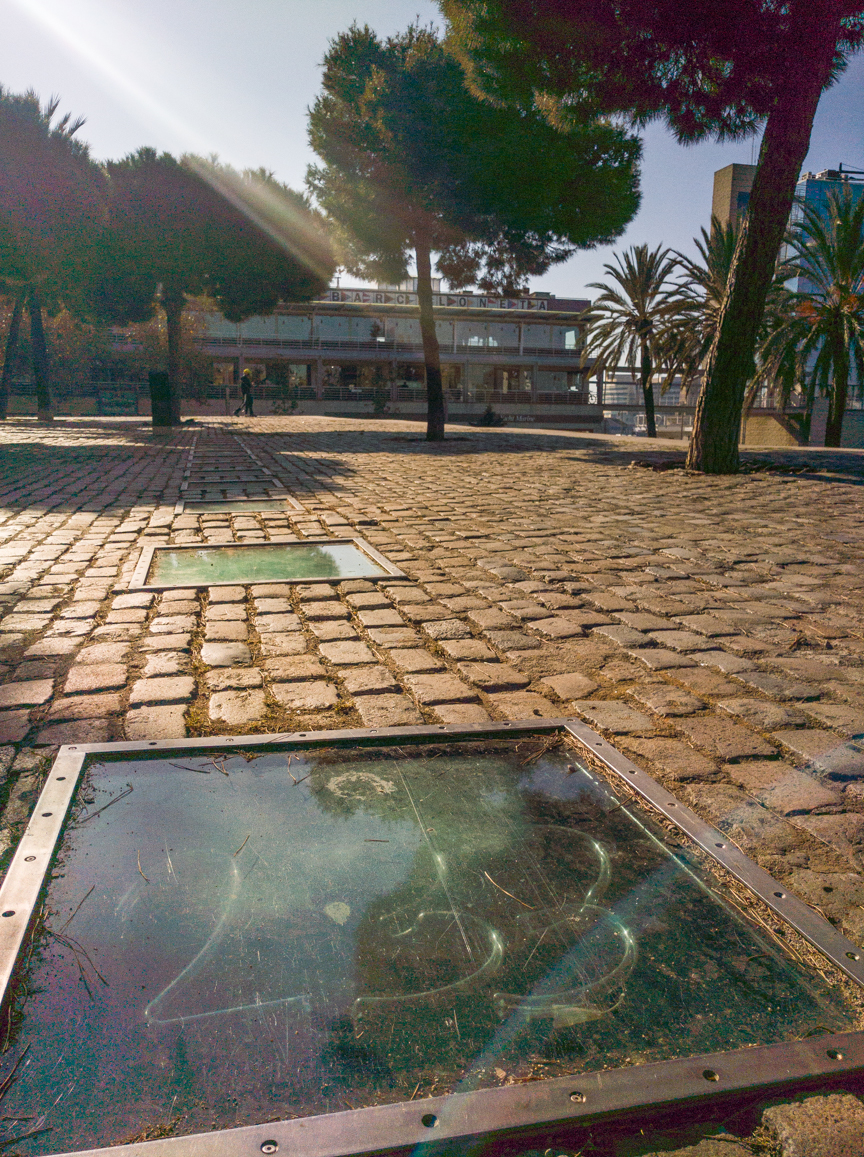 I turn around and observe the entire series from a distance. What do these numbers stand in a straight line with no apparent logic? I pause to analyze: they are not just even numbers, not a sequence of only odd or prime numbers. To understand the meaning of this strange sequence, timidly hidden on the ground, it is necessary to go back to the year 1992. Indeed not, much further back to 1200!

A little bit of History

It’s not a joke. It all began at the end of the 12th century with a respected and well-known maritime merchant of Pisan origins, Guglielmo dei Bonacci. Together with his son, Leonardo, known as “the Fibonacci” (son of the Bonacci) they remained for some years in the port of Béjaïa. The city is an ancient trading center of Algeria overlooking the Mediterranean Sea. Here Leonardo studied many texts and mathematical treatises of Arab and Indian origin which gave rise to the preparation of his mammoth book, “Liber Abbaci”. The text is a milestone in mathematics and the author is one of the most important in the history of mathematics. The book, among the many functions and rules of arithmetic and trigonometry, stands out for a very simple but at the same time very interesting formula.

If you are not passionate about mathematics you can skip the entire paragraph but this series concerns us very closely. I’ll explain it to you or at least I’ll try. The result of the succession is given by the sum of the two previous contiguous numbers eg. 0 + 1 = 1, 1 + 1 = 2. Following this scheme we continue 2 + 1 = 3; 3 + 2 = 5; 5 + 3 = 8 and so on. The results are obtained: 0,1,1,2,3,5,8,13,21,34,55,89,144,233, … At first glance it seems like a game for children. In this series, however, there is a very powerful constant. How to find out? Simple: Let’s try to divide a result of the series with its previous one. 8: 5 = 1.6; 13: 8 = 1.625; 21: 13 = 1.615384 … As we continue with the divisions, the result of the ratio gradually approaches a constant called the golden number or golden proportion which is precisely 1.6180339887 … Incredible! Now, without getting too bored with the formulas, let’s get to the point. What do we do with the golden ratio? At first glance nothing, however is a constant present in nature. Sunflower seeds, leaves distributed along the stem of a plant or the shape of the Nautilus shell follow this constant. The number also appears to in the spiral formation of galaxies! A link with the macro and micro cosmos. The golden proportion is an irrational number, which means that it has no end and the succession of its decimals never follows a pattern. Lately, thanks to supercomputers, we have come to calculate the ten millionth of a decimal! 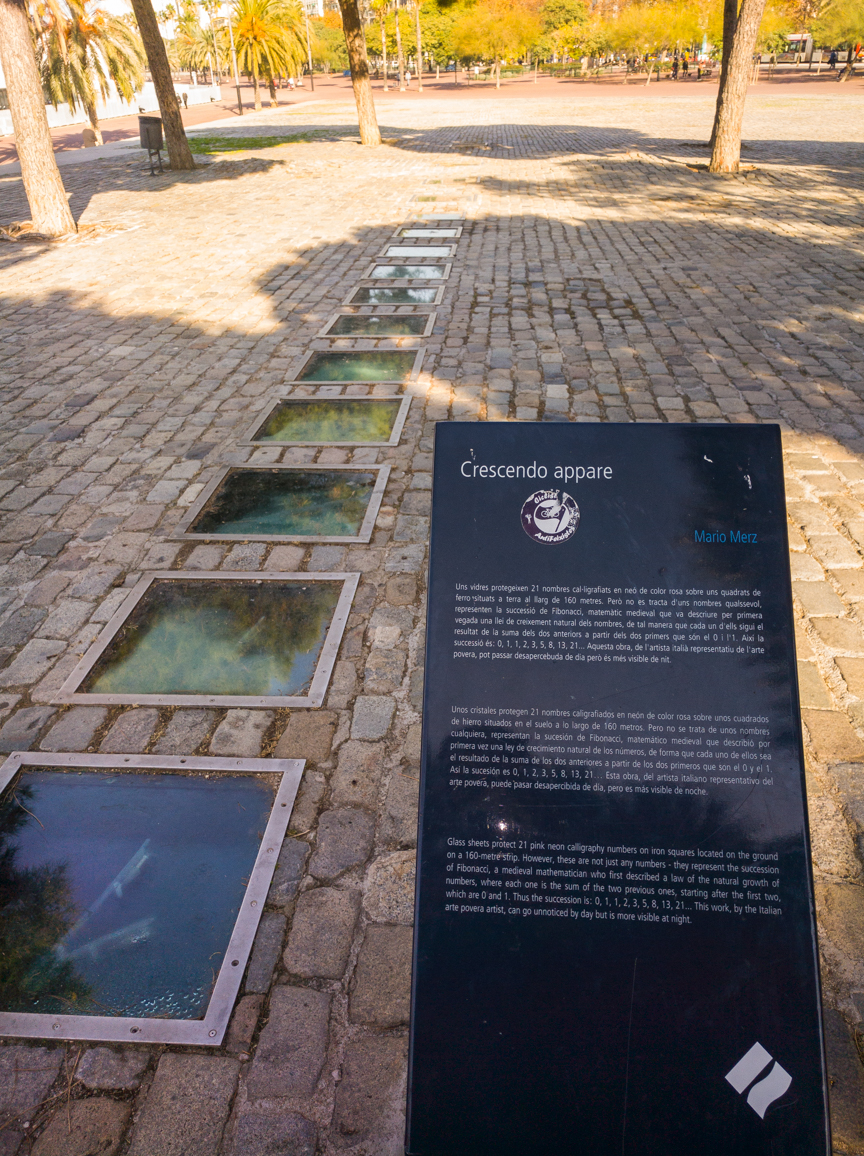 To continue our story we stop at 1925. On this date a famous Italian artist Mario Mertz (1925-2003) was born, known all over the world for his works and sculptures made in poor art using different materials such as neon tubes, iron , wax and stone.

Finally we advance to 1992 the year of the Barcelona Olympics! And here is that on this date, just a few days before the official opening, Mario Mertz gives his artistic touch to the city with an original work called “Crescendo Appare”. Set under a tough armored glass, Mario reproduces the first numbers of the Fibonacci series with neon tubes near Port Vell. The boxes are positioned little by little further and further away reaching a total length of about 160 meters! 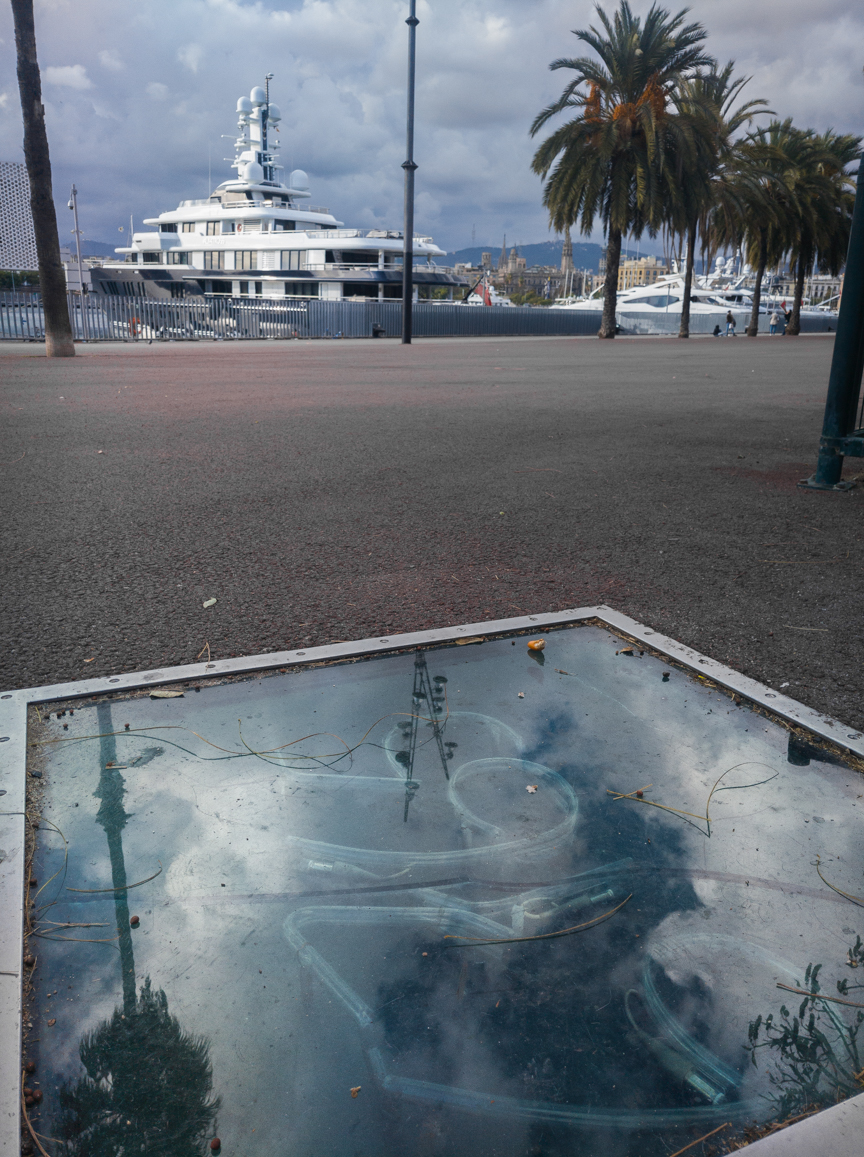 Mario combines the power of nature, the scientific and artistic knowledge of man and the origins of Leonardo Fibonacci as a maritime merchant by positioning the work right near the port of Barcelona as important as that of Béjaïa. Everything is finally clear. A powerful work, silent but precious as a treasure. Until a few years ago, the art project was lit up during the night, unfortunately today the electrical system does not work due to infiltration and maintenance problems.

A work now more silent than ever and often forgotten by most of the people who walk on it without noticing it. Who knows, just like the golden number, invisible but present everywhere in nature. 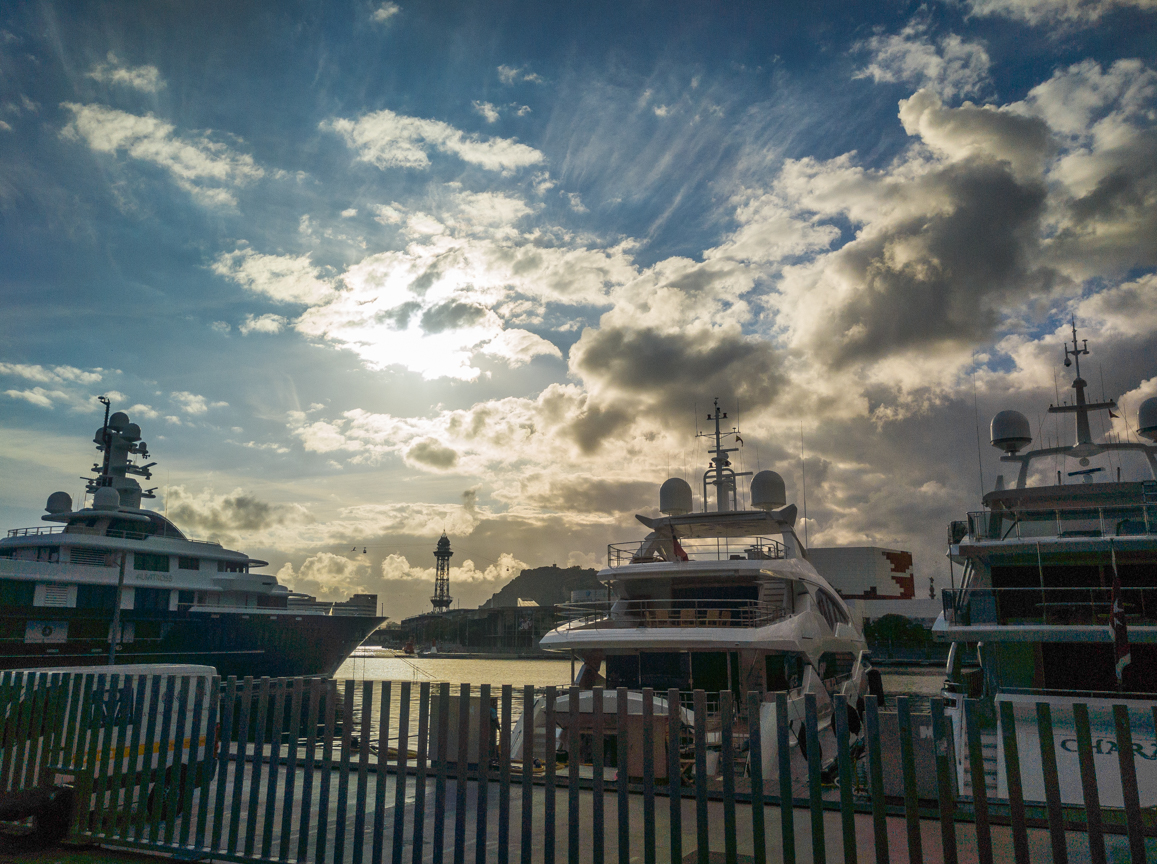 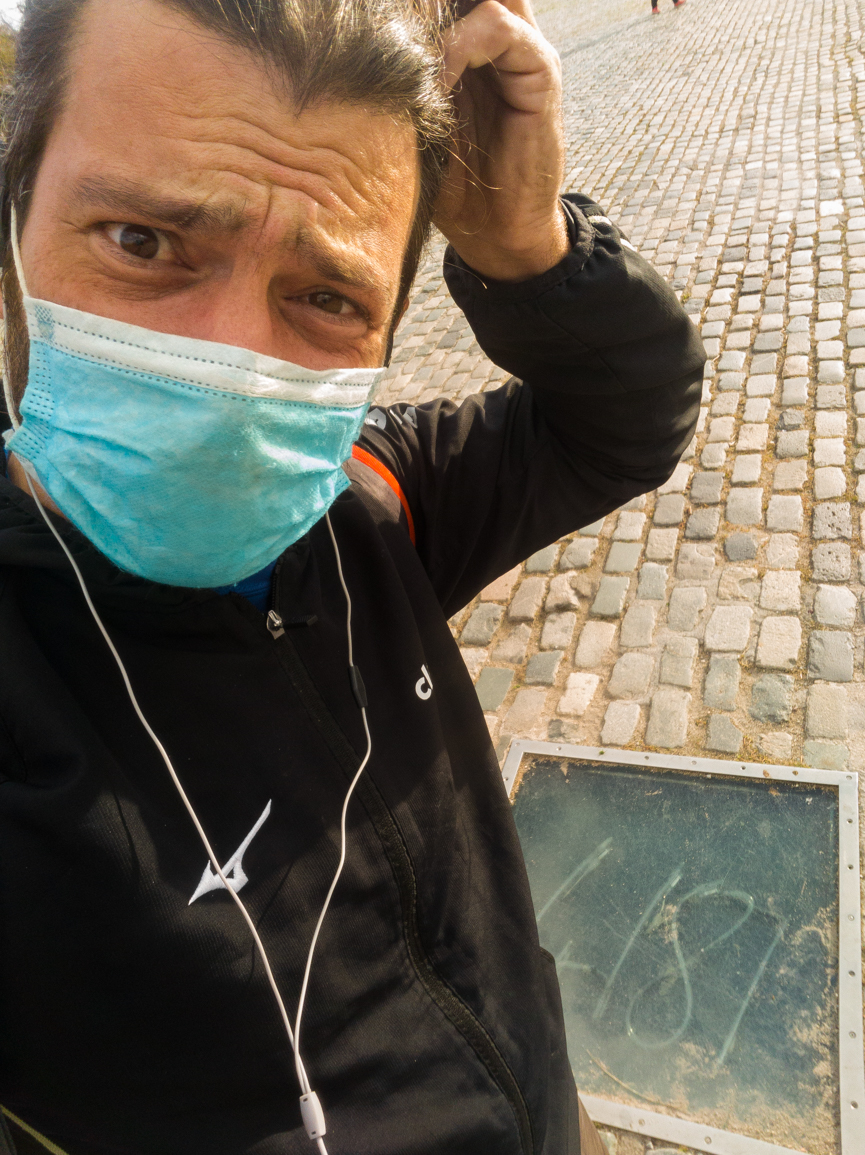 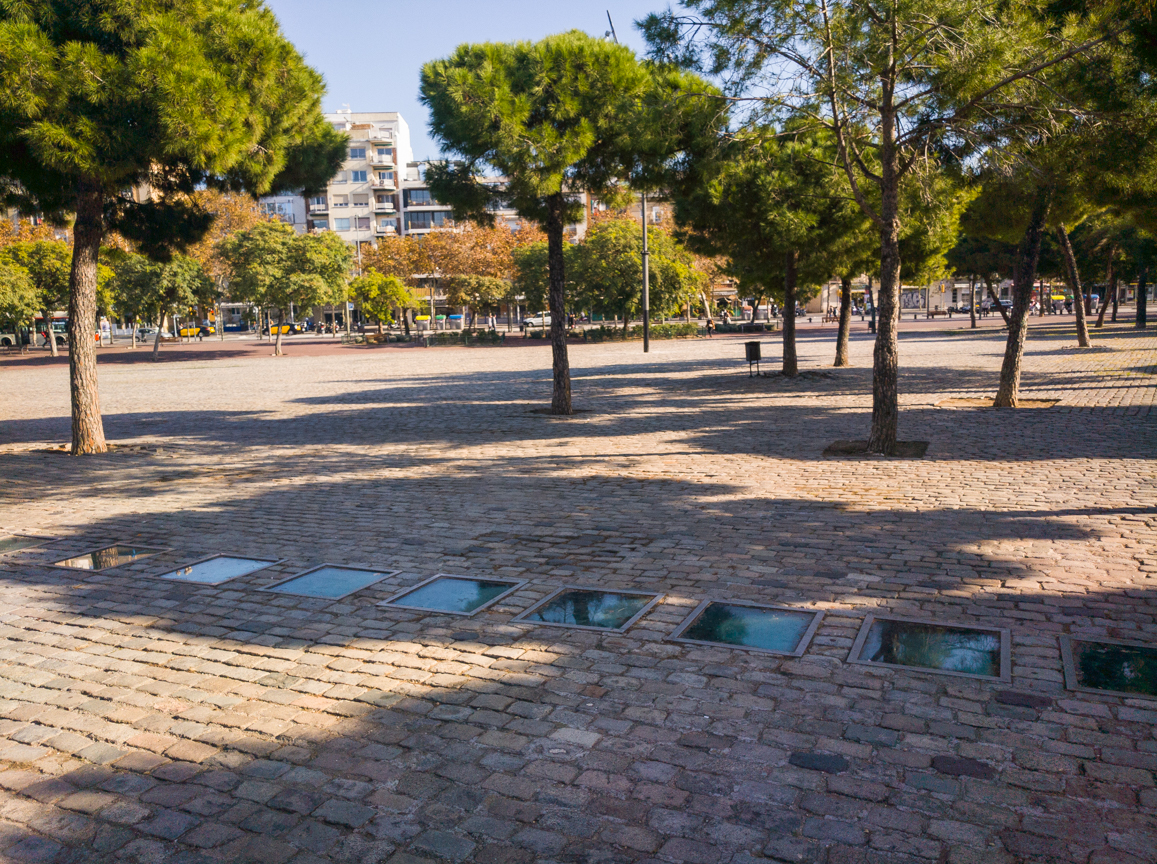