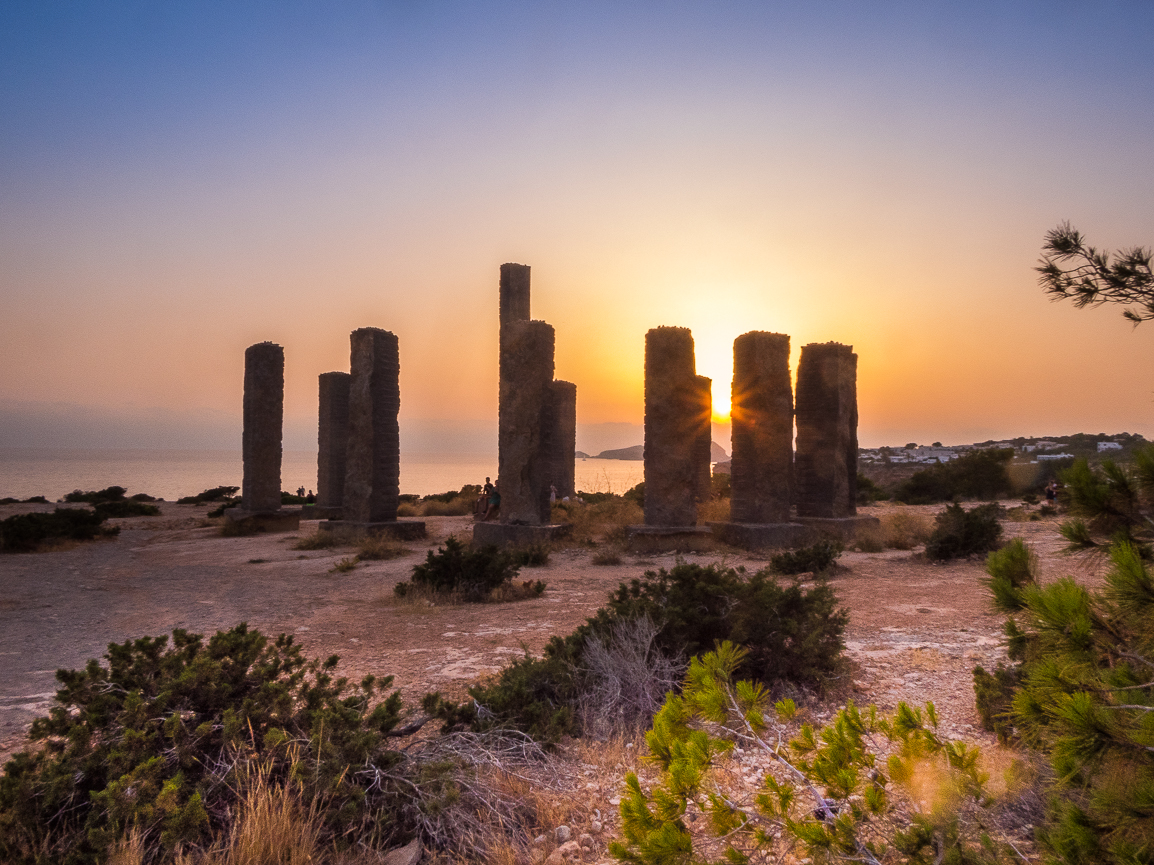 A mysterious monument of Ibiza in Cala Llentia

What do Andrew Rogers, Guy Laliberté and Ibiza have in common?

This time more than one place I want to talk about a strange and original combination. Two extravagant, visionary characters, a famous and in part mysterious place united by a monument that attracts lovers of mystery and nature.

It may seem strange but the Balearic island famous for its sleepless nights based on parties and excesses, however hides a wild and virgin part. Small coves with breathtaking views often create a strong link between mysticism and hippie culture.

But going step by step. First of all I have to introduce you to one of the most visionary and extravagant artists in the world: Andrew Rogers. Don’t you know who he is? Well it is a contemporary sculptor famous for his project started in 1998 with a total of 51 megalithic sculptures scattered in 16 countries called “Rhythms of life”.

But what does Mr. Rogers have to do with Ibiza? Here is the third variable to complete the trio: Guy Laliberté. Who doesn’t know the famous founder of Cirque du Soleil? In addition to his revolutionary concept of shows and entertainment, Mr. Laliberté is well known for its millionaire heritage published in Forbes and for having been, in 2009, one of the first space tourists. He was part of the crew on a trip on the soyuz space ship for a full 39 days, enjoying one of the most impressive panoramic views in the world. Exactly from space. Laliberté has always an extravagant and eccentric but apparently, according to his wife, the space journey brought him back further changed. 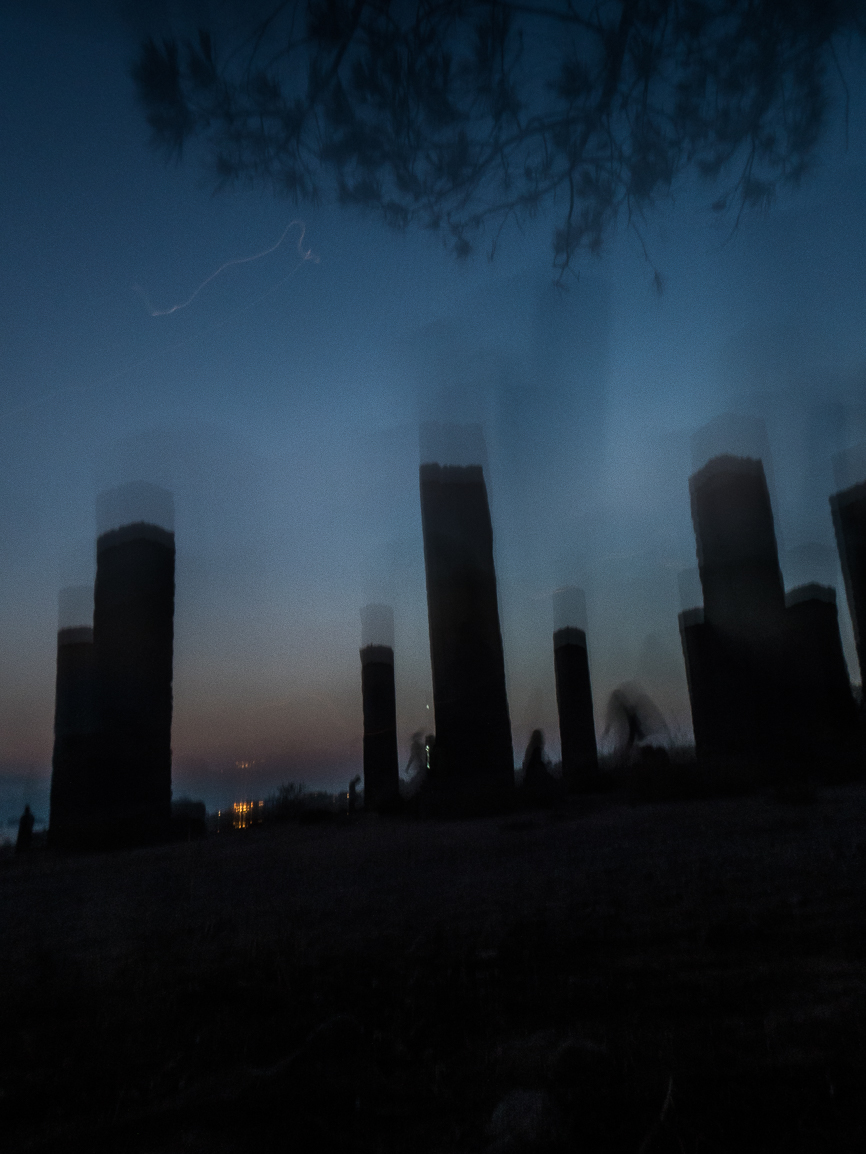 Time and Space – The Speed of ight

Well, I presented to you the three unique elements of this story. The time has come to explain what they have in common. It is called the Stonehenge of Ibiza but its real name is “Time and Space – The Speed of ight”. It is a gigantic monument, made by Andrew Rogers, composed of 13 monoliths placed in a circle for a total of 420 tons of basaltic rock. The material was transported from Turkey and assembled in just one week. The sight of this strange representation is, to say the least, surprising.

The idea of erecting a similar structure came from Guy Laliberté just after he returned from his space journey and saw a video of a sighting of UFOs in Ibiza in the banks of Es Vedrà. The movement of the planets around the sun is represented by the central pillar equipped with a golden plate of 23 Karati. Its alignment with the sun makes its golden part light up on the winter solstice!

Other theories seem to marry the idea that the Stonehenge of Ibiza is a compass for UFOs that seems to appear frequently near Es Vedrà. The island, famous for its particular conformation, is well known for the Manises Case. One of the most famous sightings of unidentified flying objects.

The property is located near Cala Llentia, right beside the mansion of Laliberté the famous Can Soleil. The exclusive villa is famous for its high-level parties and exclusive guests. Apart from the location and its history “The Speed of Light” is unfortunately an illegal monument! Lalibertè commissioned the project and was completed in just one week without presenting and obtaining the necessary permits. So while tourists and lovers of mysticism enjoy this construction, environmentalists have demanded its demolition! 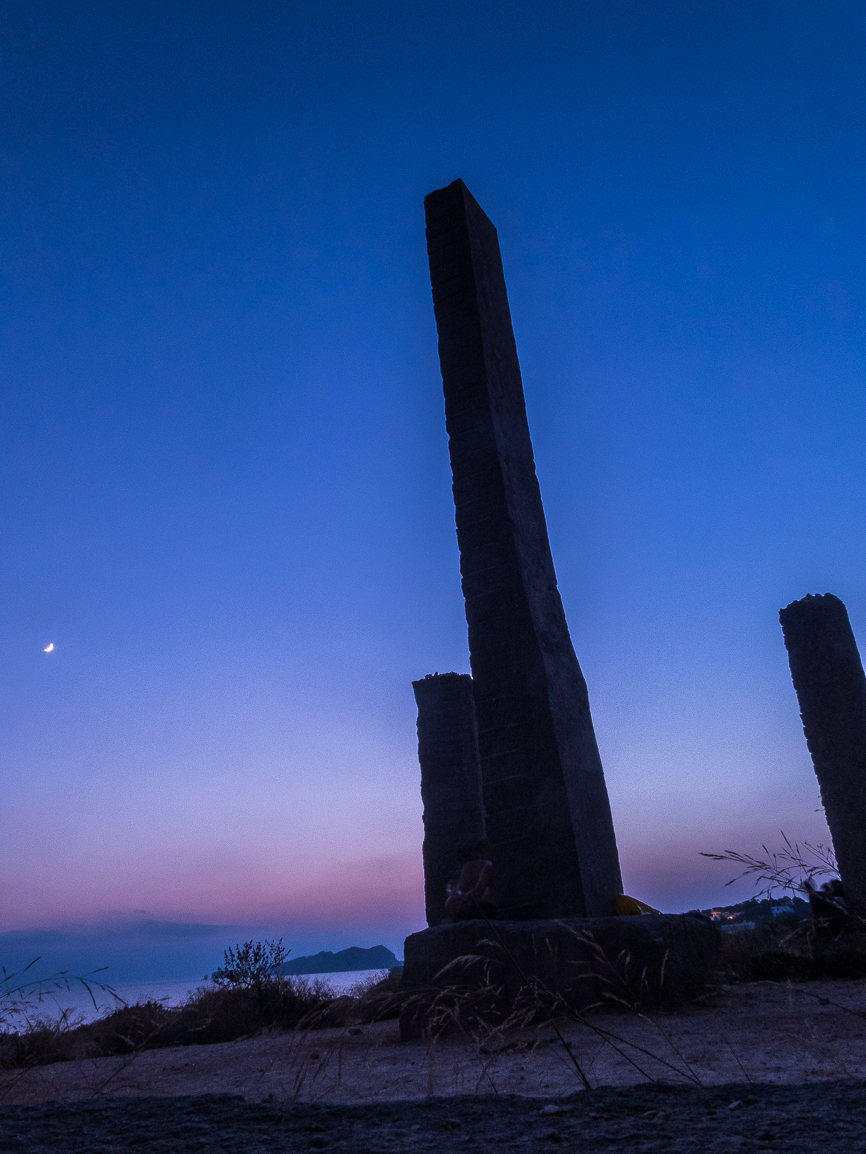 All that remains is to take advantage of the atmosphere and the spectacle until definitive decisions are made. A must to see and experience first hand. 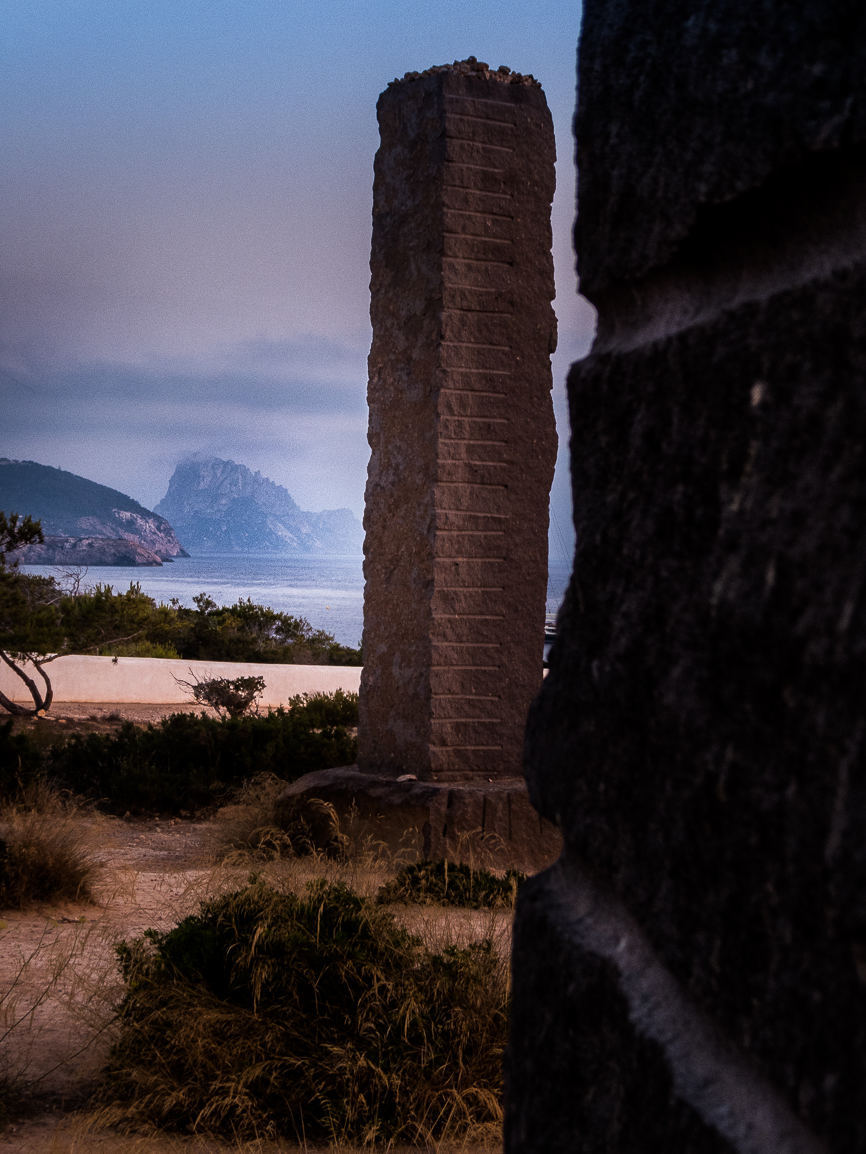 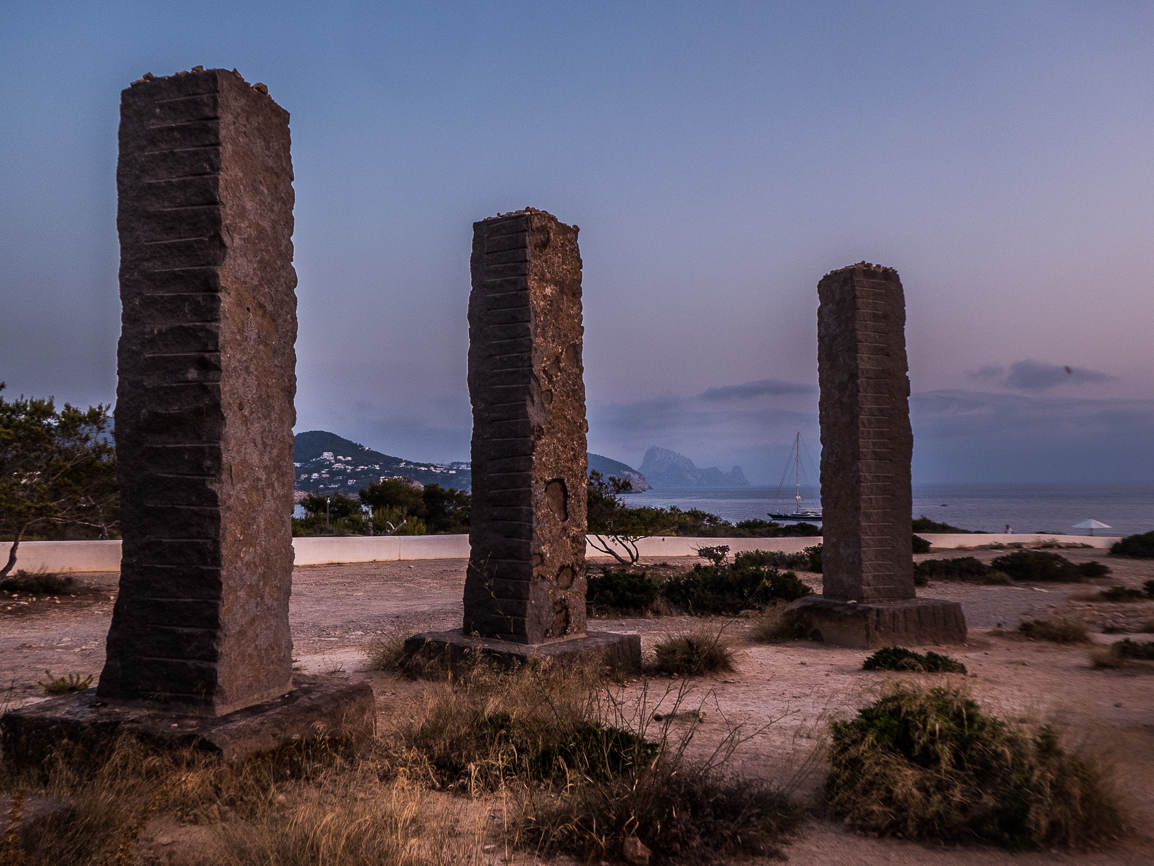 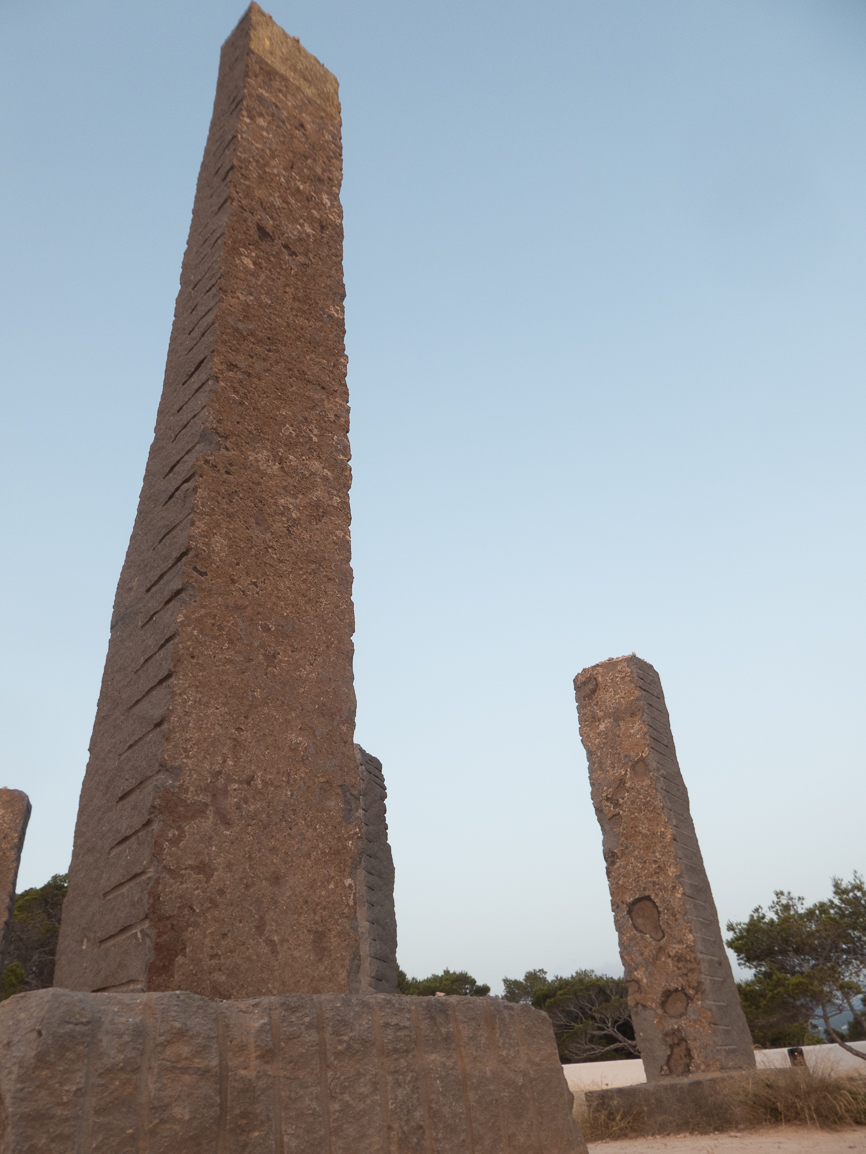 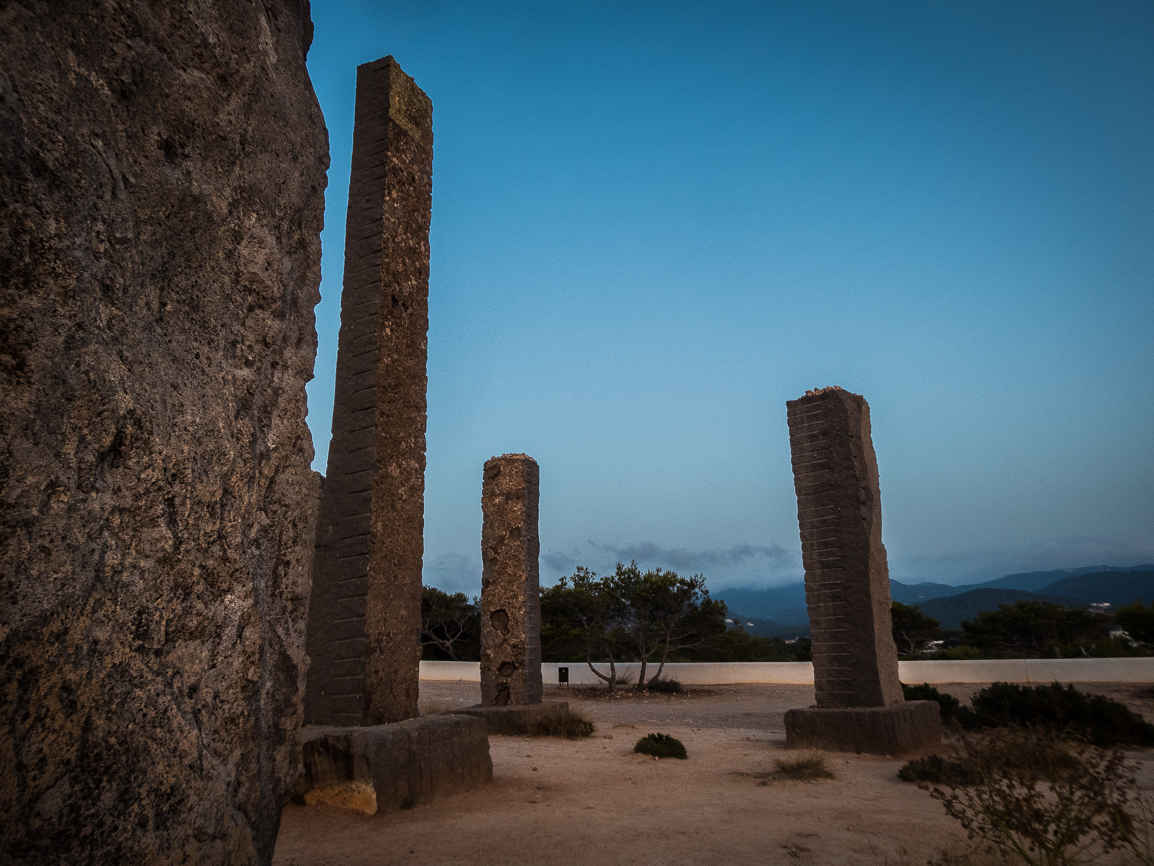 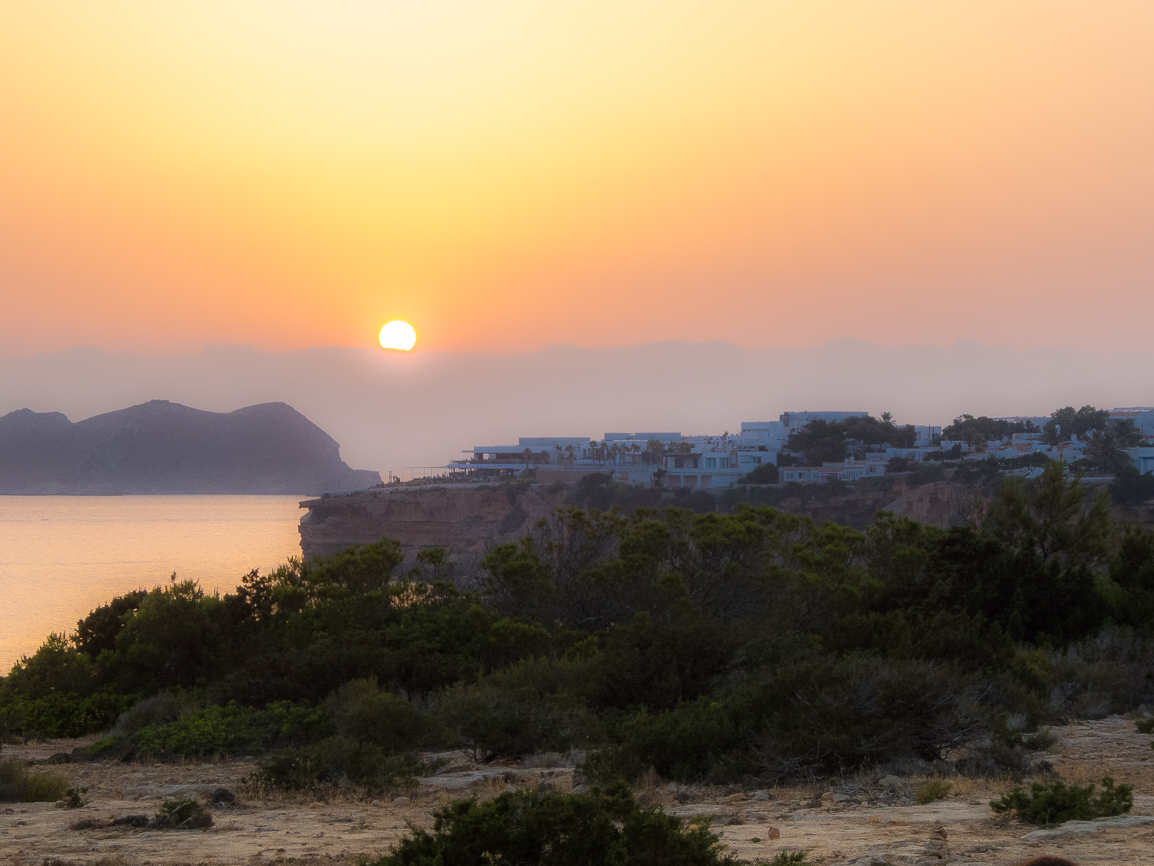 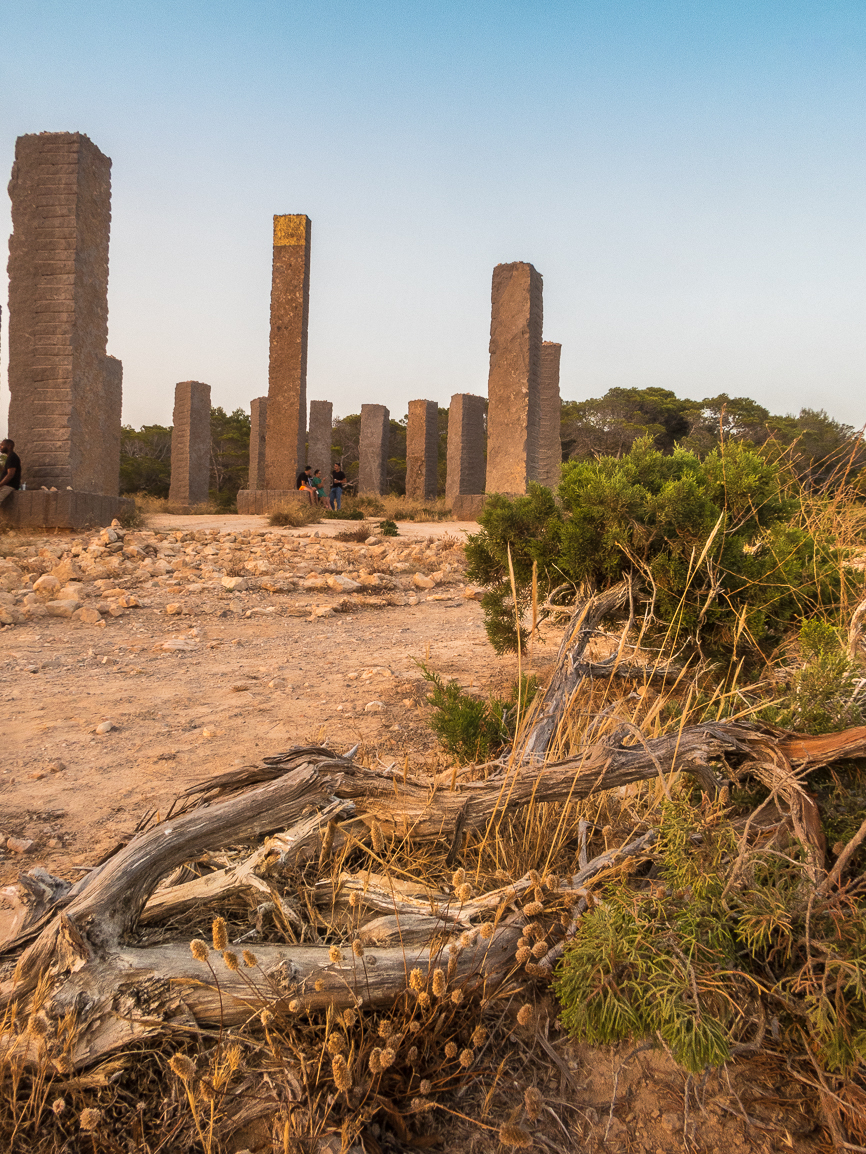 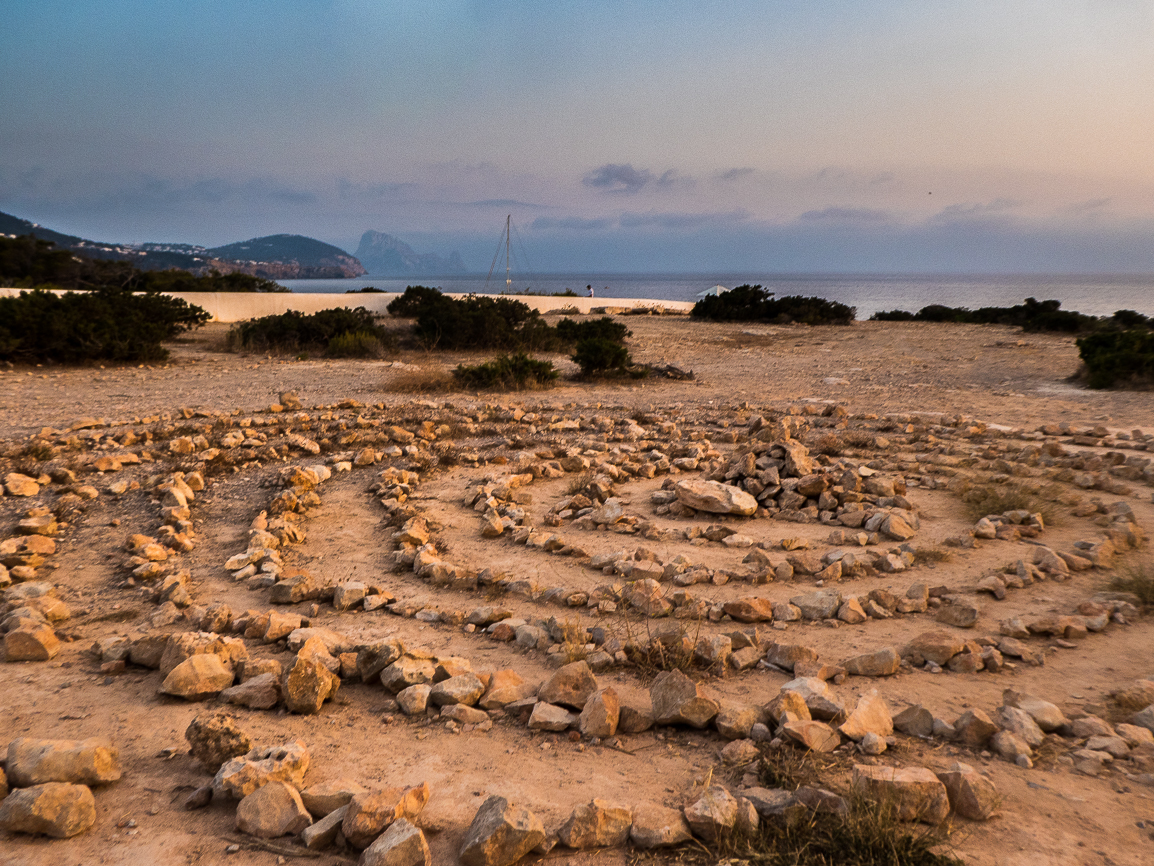 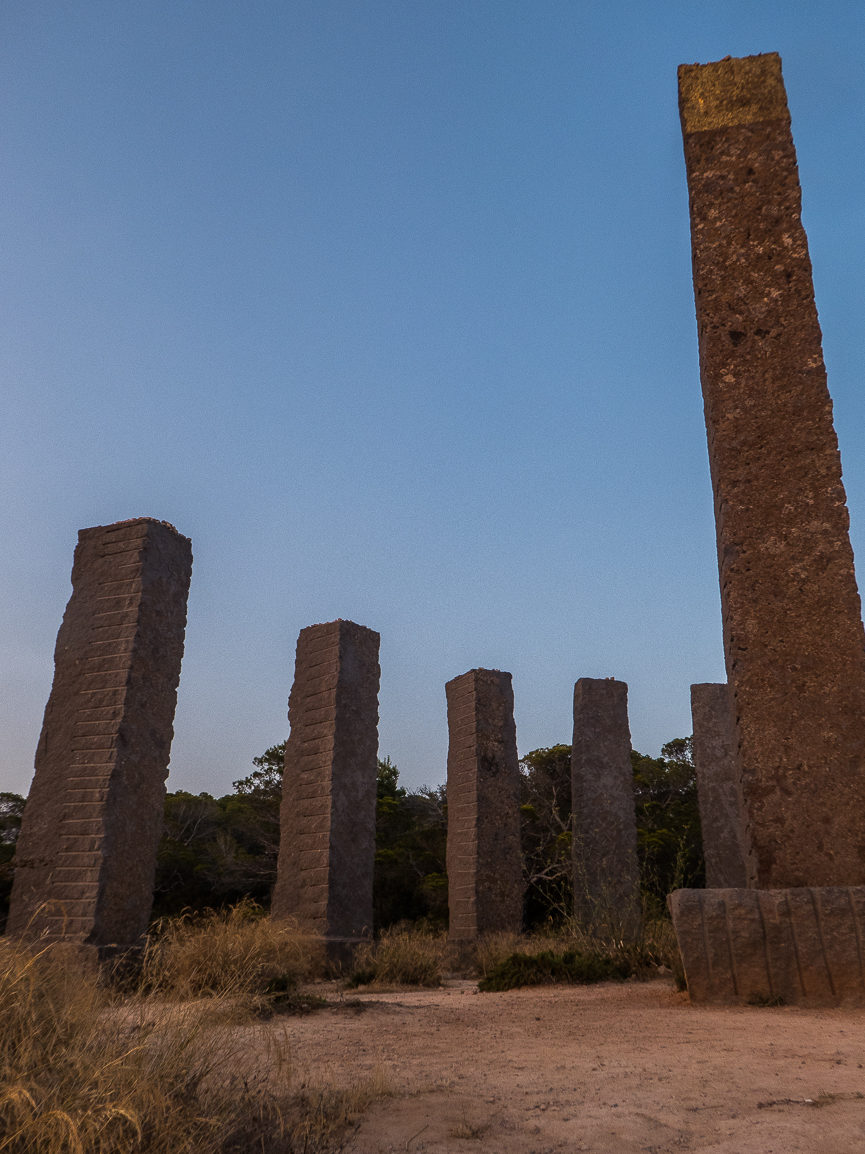 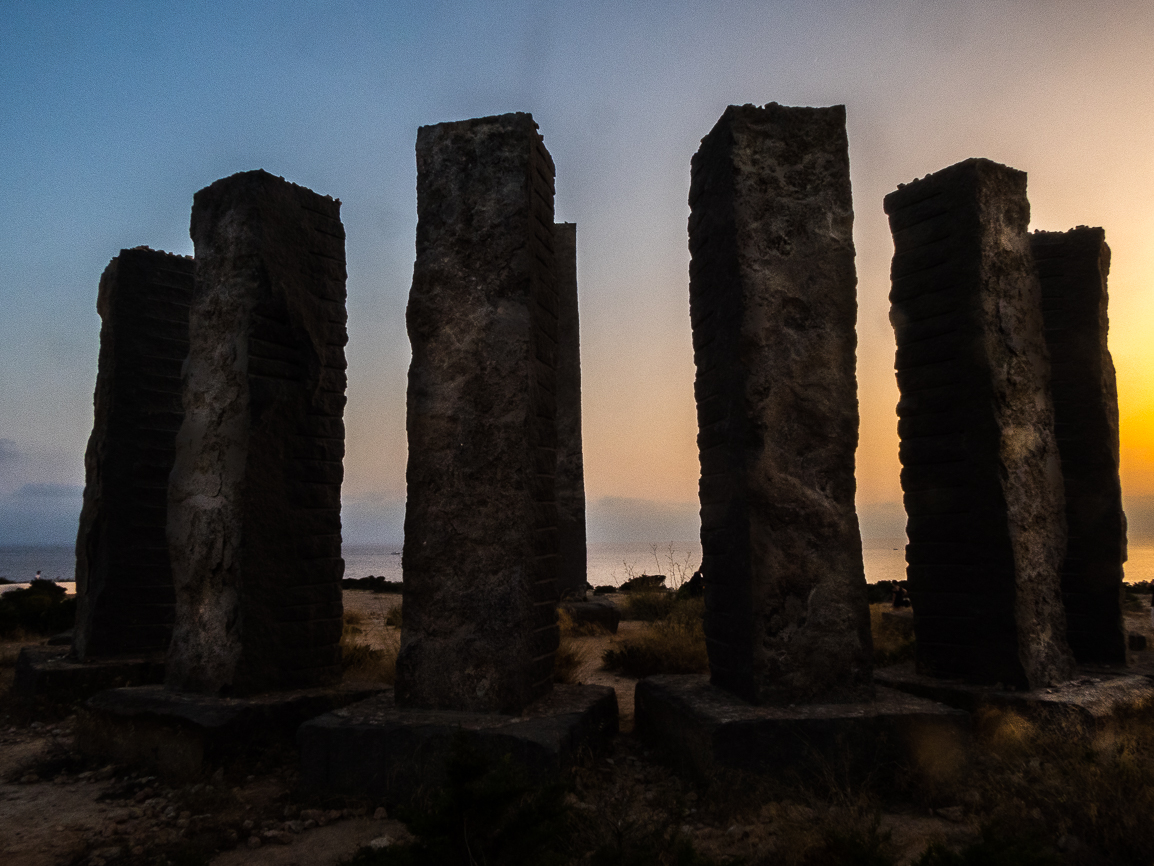